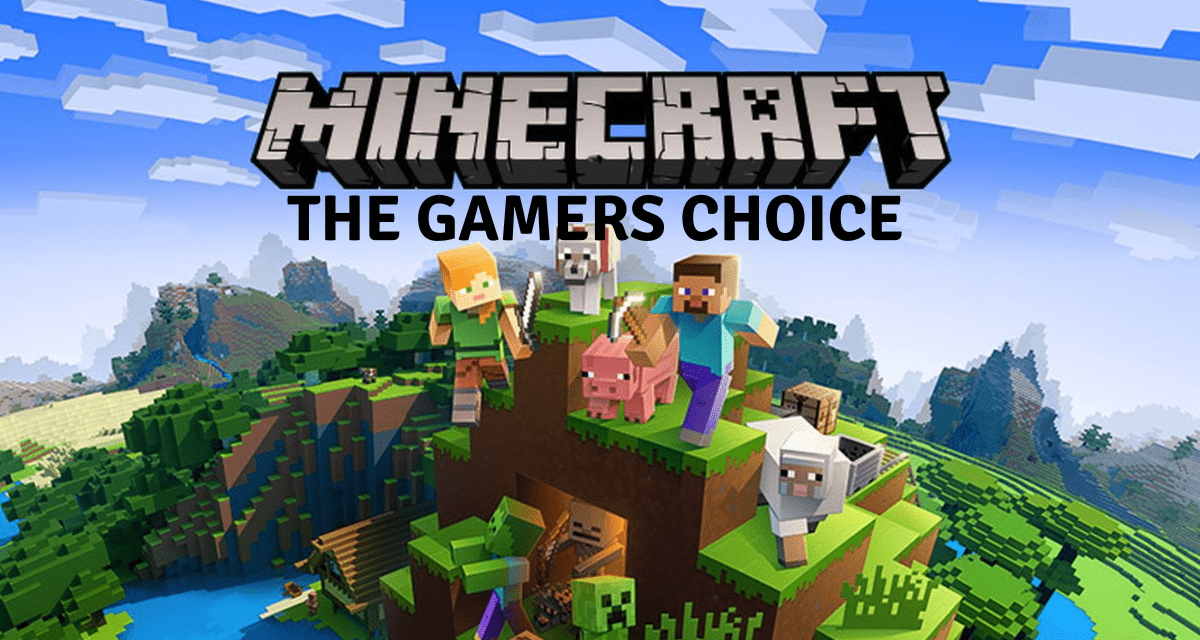 Minecraft, The Gamer`s Choice. It’s challenging to describe Minecraft. There has been so much added since its early days of straightforward mining and crafting that at times it might feel like a totally other game. In essence, Minecraft is still an open-world action-adventure game that lets players explore the world to their heart’s content. It has a wide variety of modes, making it ideal for practically every kind of player. Are you a more artistic person? You’ll probably appreciate the limitless playground it provides, allowing you to construct anything you can think of. Or perhaps you desire a greater challenge. As you fight against the nighttime beasts, you can strive to survive in this mode. There’s obviously more to Minecraft than meets the eye, and its blocky design makes it seem like a deceptively straightforward journey. You’ll be amazed by how much it has to offer and the type of game it has developed into if you’ve never played it before or are considering picking it up after a long break. It has not only changed a lot since it first came out, but it has also grown to be one of the all-time best-selling games. Markus “Notch” Persson is the creator of the video game Minecraft, which was developed by Mojang in 2009. It draws significantly from titles like Dwarf Fortress, Dungeon Keeper, and Infiniminer but elevates their free-form, sandbox gameplay to new levels. It was the first official game released by the firm and has since gone on to become the best-selling game of all time with over 180 million copies sold. Read More