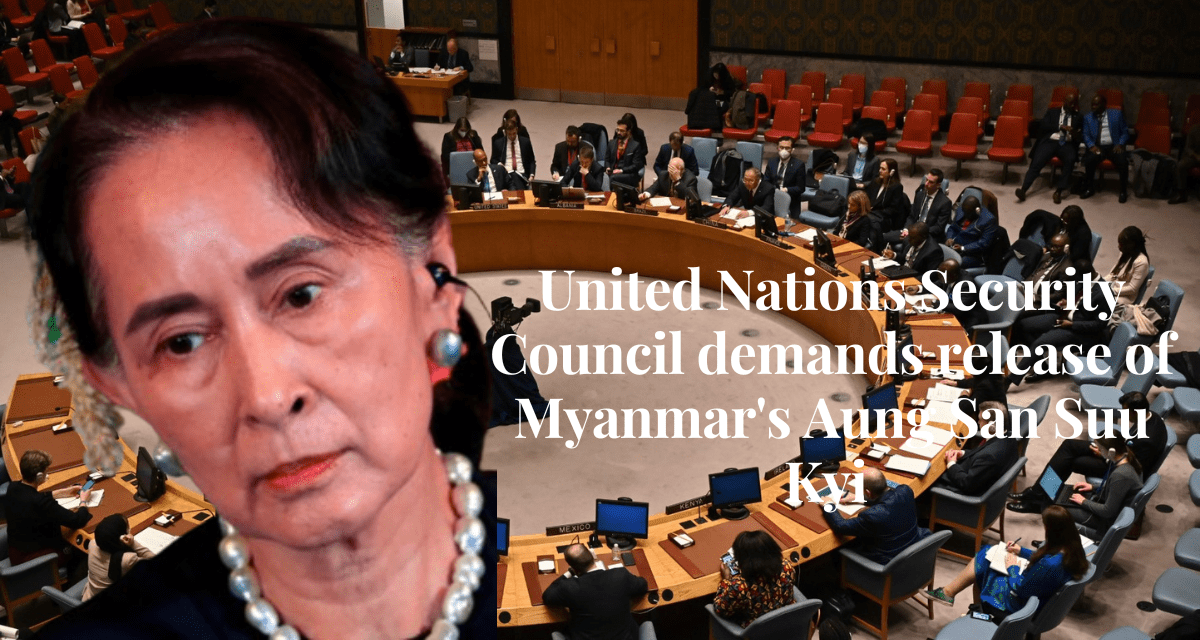 Several long-standing issues must be addressed, according to UNSC Resolution 2669 on Myanmar, which expressed “great concern at the ongoing state of emergency enforced by the military.” Additionally, it urged for more humanitarian aid to be provided to victims of violence, with a focus on women, children, and displaced people, such as the Rohingya, a minority group that is primarily Muslim and is subject to persecution.

Nearly two years have passed since the military mounted a violent coup that toppled the legitimately elected government and led to the detention of Suu Kyi and other civilian leaders.

Under the military regime, Myanmar’s freedoms and rights have drastically declined. According to non-governmental groups, state executions have returned, hundreds of individuals have been detained for participating in anti-military protests, and the army has increased the number of violent attacks on civilian targets, including schools. The junta asserts that it is battling what it refers to as “terrorists” and declares that peace will soon return.

The British-sponsored motion was approved on Wednesday with 12 votes in favour, 0 votes against it, and 3 abstentions from China, India, and Russia. Read More