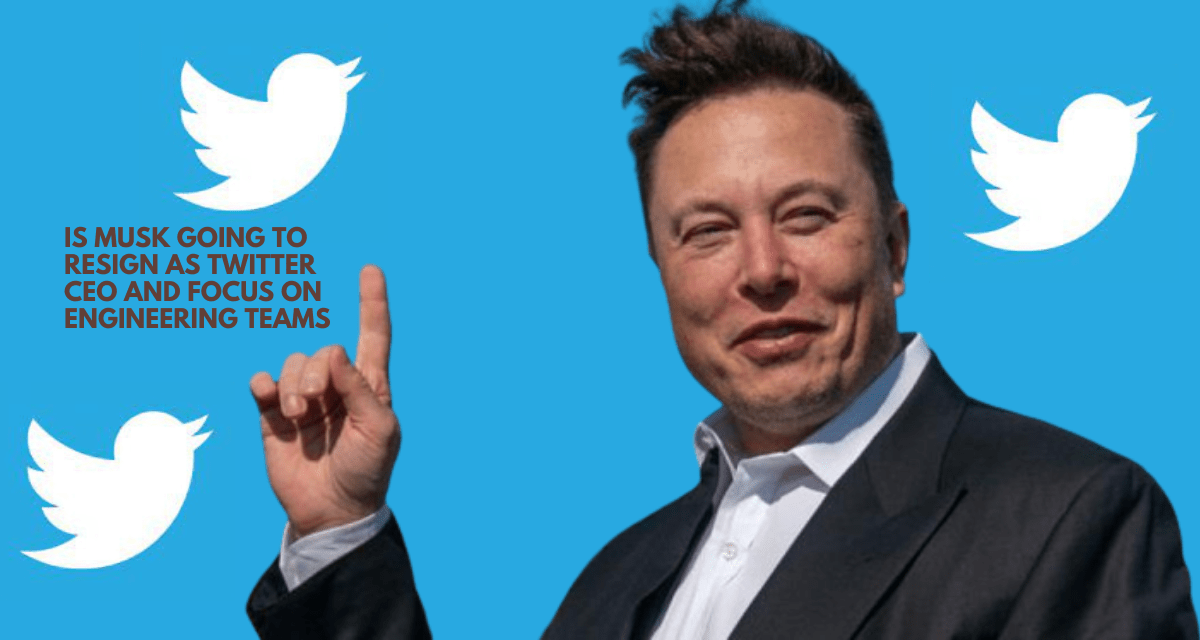 Is Musk going to Resign as Twitter CEO and Focus on Engineering Teams?

Elon Musk confirmed he will step down as Twitter Inc.’s CEO once a replacement has been found, but he intends to maintain influence over the company’s engineering teams. About 5,000 of Twitter’s 7,500 employees have been let go or fired since Musk became CEO in October. After losing a straw poll he held on the social media platform asking whether he should give up his position as the company’s CEO, the billionaire entrepreneur started looking for a replacement CEO, according to a person familiar with the matter. Results came in early on Monday, and more than 10 million votes, or 57.5%, were cast in favour of Musk resigning. Musk has been almost single-handedly running Twitter since he bought it in October this year for $44 billion. He stated early on that he didn’t intend to serve as CEO indefinitely, and he has surrounded himself with a select group of people he can trust. The investor and podcaster Jason Calacanis and the former PayPal Holdings Inc. executive David Sacks are among those who have remained in Musk’s inner group. Read More