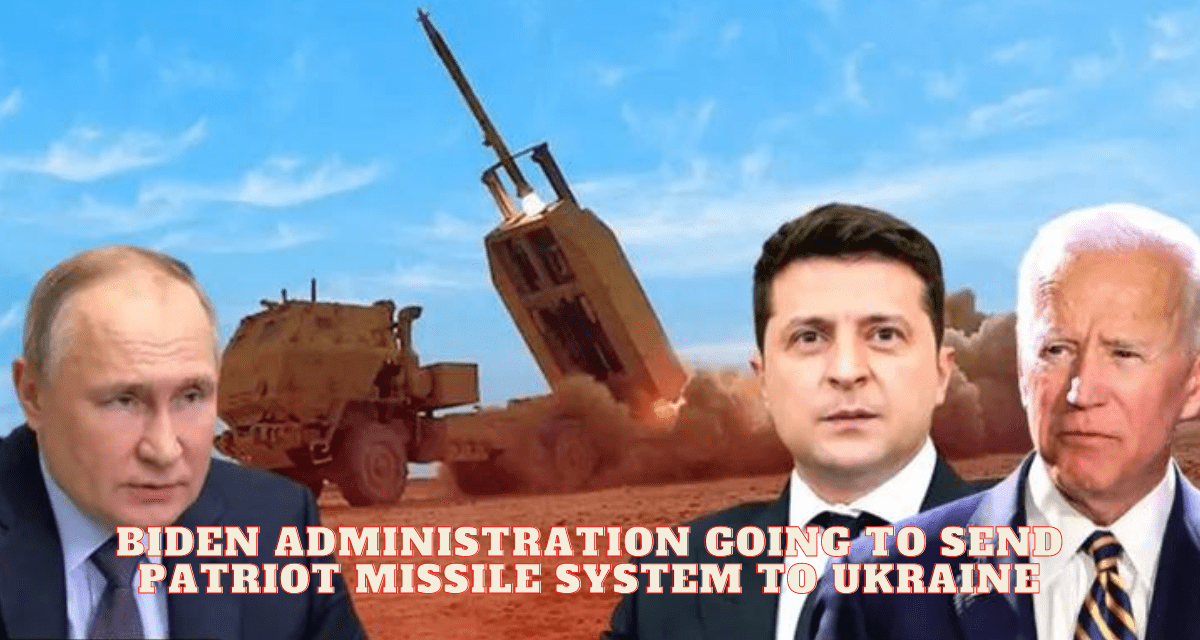 Is Biden administration going to send a Patriot missile system to Ukraine? Yes, according to a senior administration official who spoke late on Tuesday, the Biden administration will send to Ukraine the Patriot missile system, the most sophisticated air defense weapon in its arsenal. This will be the biggest increase in American military support for the Kyiv government in recent months. The official, who spoke to reporters under the condition of anonymity ahead of a formal announcement, said that the Patriot will be a part of a new $2 billion package of weapons that President Biden plans to unveil on Wednesday to help celebrate the visit of Ukrainian President Volodymyr Zelensky to Washington. One Patriot battery, with a maximum of eight launchers per launcher and a maximum missile capacity of four to sixteen, will be sent to Ukraine. U.S. forces will train Ukrainians to operate and maintain the system in a third country, probably Germany. The addition of the extra weaponry will increase the Biden administration’s approved military aid to Ukraine to nearly $22 billion. Zelensky has been looking for the Patriot system for months while Russia conducts a series of deadly strikes that go far beyond military targets. The Patriot system relies on a powerful radar to locate oncoming threats, including cruise and ballistic missiles and launches long-range missiles to intercept them. It was first employed in battle during the Gulf War to destroy Iraqi Scud missiles. Read More