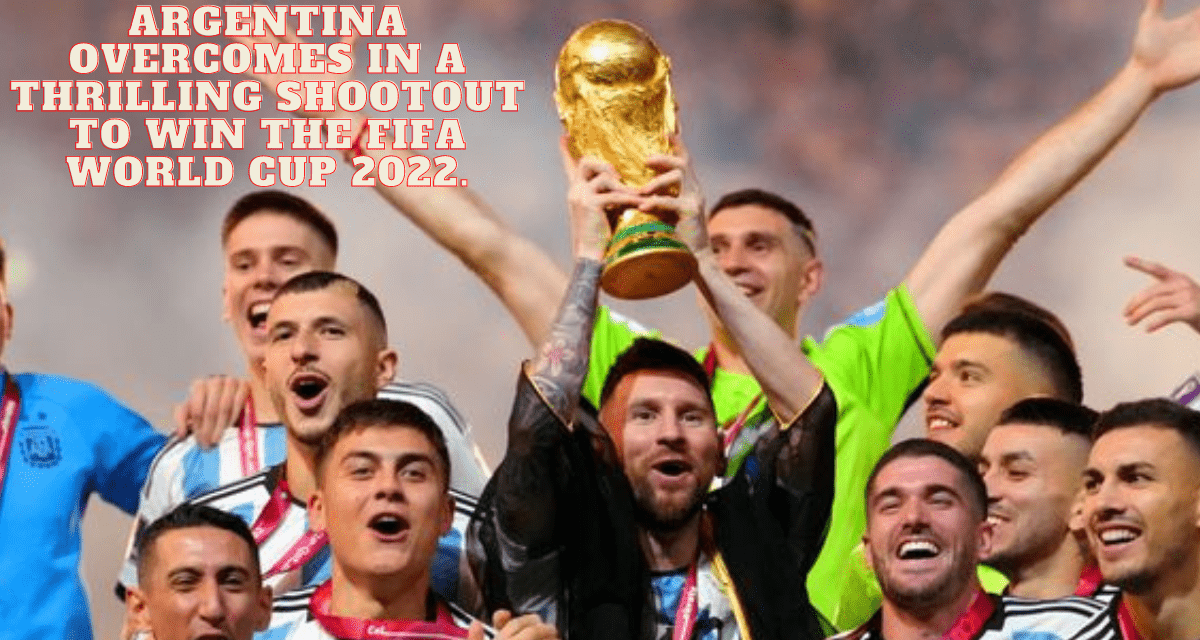 Argentina overcomes a thrilling shootout to win the FIFA World Cup 2022. In a remarkable final on Sunday, Argentina defeated France 4-2 on penalties to win their third World Cup. Argentina won its third World Cup victory by defeating France 4-2 on penalties following a 3-3 draw that featured two goals from the 35-year-old Messi and a hat trick from France forward Kylian Mbappé. This was likely the wildest final in the tournament’s 92-year history. Argentina last won the World Cup in 1986 when it defeated Germany to win its second championship. Diego Maradona, largely regarded as Argentina’s best player, was the captain of that squad. Since 1986, Argentina has twice come close to winning the World Cup, making it to the finals in 1990 and 2014. It was Germany that stopped Argentina from winning another championship in both instances. One of the best World Cup finals in history, if not the greatest, was held at the Lusail Stadium of Qatar. In what he claimed would be his final game in this competition, Messi finally received the prized World Cup trophy.