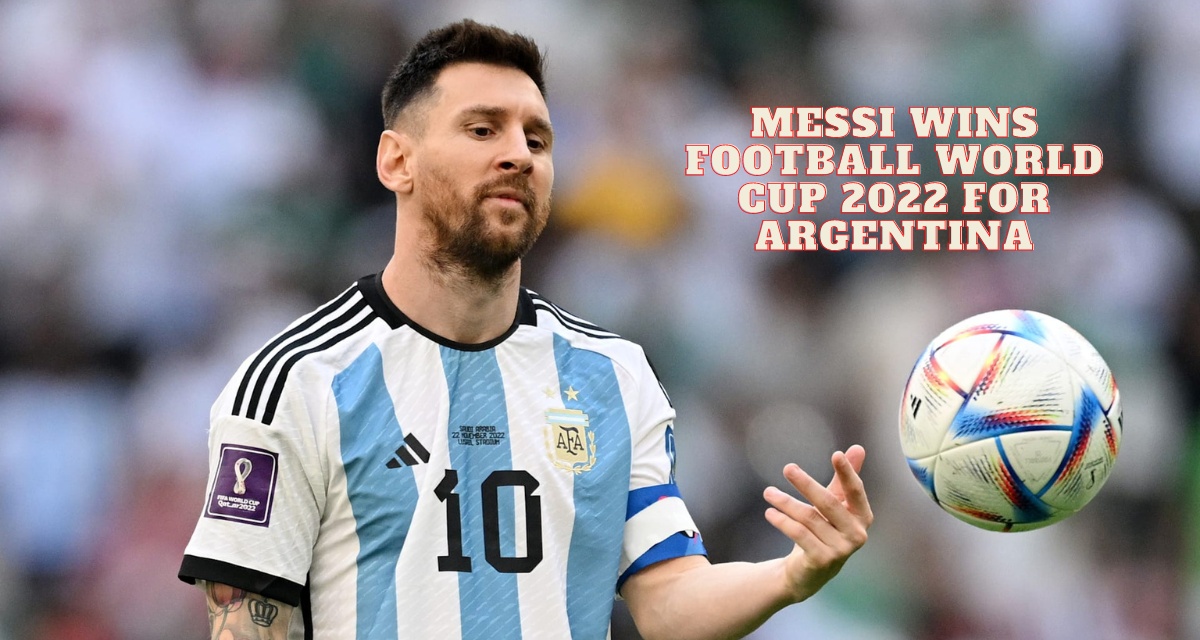 Messi wins Football World Cup 2022 for Argentina. In winning a World Cup for Argentina, Messi achieved what Maradona did in 1986. After a humiliating 2-1 defeat against Saudi Arabia in the group stage, he scored seven goals and took the duty of guiding his side out of those difficult situations. Messi led Argentina to the World Cup title by becoming the first player to score in both the group stage and every round of the knockout stage in a single World Cup, playing in the tradition of Maradona. Messi combined his spectacular abilities with an aggressiveness rarely seen in football.“Let’s go, Argentina!” Messi roared into a microphone on the field in the post-match celebrations after playing in a record 26th World Cup match. Lionel Messi won the Golden Ball award for his outstanding performance throughout the tournament. He became the first player to win two Golden Ball awards, having won the first won in 2014. He won his second at the FIFA World Cup Qatar 2022 in Qatar on Sunday. Messi finished Qatar Football World Cup 2022 with seven goals and three assists. He broke a jinx associated with the award: in the previous six editions, Golden Ball was won by a player from either the runners-up or losing semifinalists. Messi has scored 26 goals in major international tournaments for Argentina (13 World Cup, 13 Copa América), the most of any South American player in history across the two competitions, overtaking Ronaldo who has scored 25 goals.